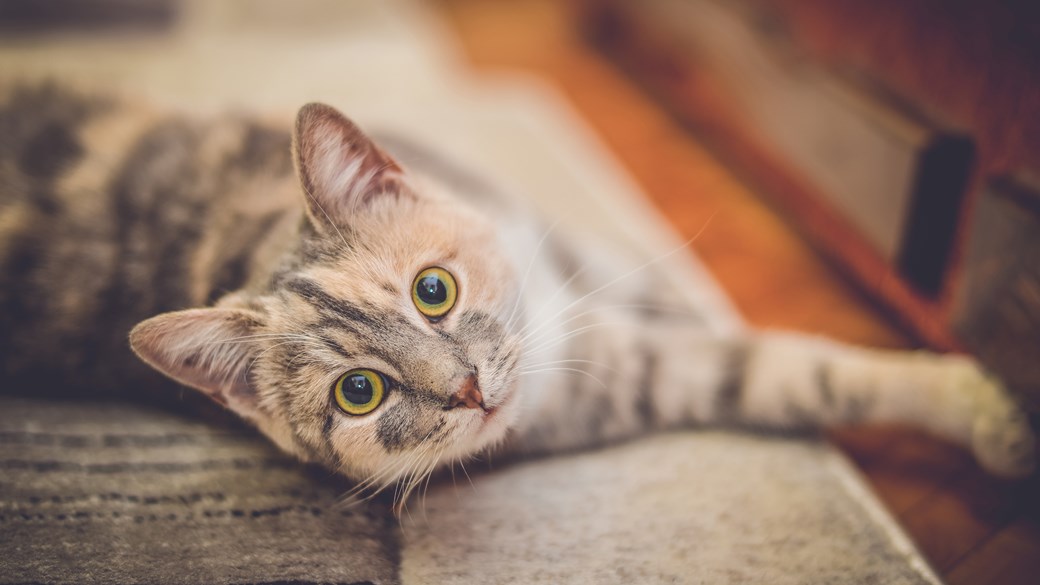 Did you know that old cats, just like older people, can have problems with dementia? In our feline friends, this is called Cognitive Dysfunction, and it’s more common than you might think! In fact, nearly a third of 11-14 year old cats might be showing some signs.

As our knowledge of cat care improves, we are seeing a general increase in the life expectancy of our feline friends. In the USA, there has been a 15% increase in the number of cats over ten years old in the last 20 years. In the United Kingdom, it is currently estimated that there are over 2.5 million “senior” cats, which make up approximately 30% of the pet cat population! This is wonderful, but does mean that we are seeing more cases of diseases typically associated with older age.

As people age they are likely to become a little more forgetful, and perhaps not as ‘sharp’ as in their youth. This can be perfectly normal, but we know that in some people this is severe and associated with disease – in people, we call this dementia.

Sadly, our cats can get a very similar problem, which is called ‘cognitive dysfunction syndrome’ (CDS). CDS can affect all breeds of cat, and typically is seen in cats over 8-10 years old. Very much like our human Alzheimer’s CDS is diagnosed by behavioural changes, as degeneration in the brain leads to loss of learned behaviours and changes in sociability.

CDS is much more common than you might think – a study suggested that 28% of pet cats aged 11 to 14 years develop at least one geriatric-onset behaviour problem that appears to relate to CDS, and this increases to over 50% for cats of 15 years of age or older!

As CDS is degenerative, sadly affected cats are likely to worsen with time, which is known as cognitive decline.

As it is very difficult to look at the brain without expensive scanning, CDS is diagnosed using behavioural changes. While some changes in behaviour are expected with old age, it is important to know some of the more worrying signs, so that if your cat has developed CDS you can get supportive care started as early as possible.

If you are seeing any of these signs, it’s important to speak to your local Vets4Pets vet. They can take a good look at your cat and see if the signs may be related to CDS, or if there could be another underlying cause. They may need to do blood tests or other testing to rule out different problems – for example, not getting into the litter tray could be due to pain from arthritis. By taking a full history and appropriate tests, your vet will be able to tell you the likelihood your cat is suffering from CDS.

DS is a lifelong problem, and cannot be cured. Thankfully the signs can be managed, however, and many cats are responsive to supportive care which can make a huge difference. Just like in people, the right diet and mental stimulation can go a long way to supporting brain health and slowing the progression of degenerative brain disease.

Some top tips for helping cats with CDS include:

Read more of our expert cat advice to keep your cat happy and healthy.