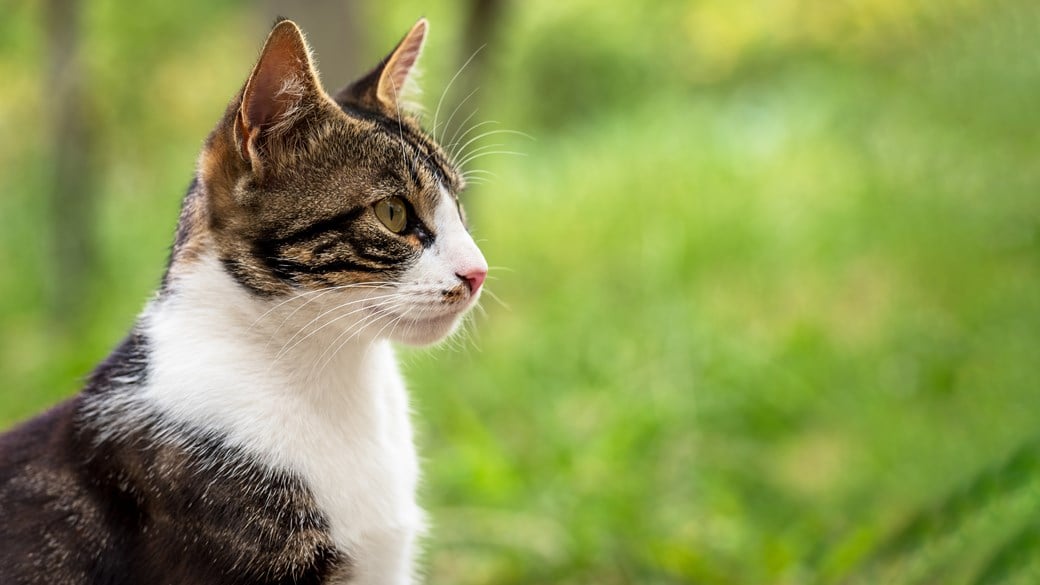 Giardia are a type of protozoa – a microscopic, single-celled parasite – which lives in the small intestines.

Affected cats can get nasty diarrhoea, as well as spreading the parasite to others – including us!

More about giardia and your cat

Giardia is a tiny organism, called a protozoa, made of only one cell! For such a tiny creature, it is amazing the trouble giardia can cause, but it can make affected cats quite poorly. Although any cat can be affected with giardia, it is more likely in young cats, as their immune systems are not as strong and less likely to be able to fight off a giardia infection.

Giardia reproduce in the intestines by producing special infectious cysts which are released into the environment in faeces. Cats who ingest these cysts are then infected themselves. Giardia can infect many animals as well as cats, including dogs, ferrets and humans.

Giardia can be difficult to diagnose, as cats which are affected often only have giardia in their faeces intermittently and may show no signs of infection. This means that a test can be negative, even if giardia are actually present – repeated tests may be needed to track this little parasite down!

As the infective cyst stage of giardia is found anywhere there has been contaminated faces, giardia can easily be picked up from the environment. Giardia likes water, and muddy puddles or other contaminated water sources are a common source of infection.

As giardia can be found almost anywhere, it is impossible to stop your cat from being exposed to giardia completely as it can even be brought inside on muddy boots!

Signs of giardia can be short or long-term, and sometimes intermittent, with cats experiencing flare-ups of signs. Many cats show no signs of an infection, which can make diagnosis difficult. This is especially problematic as cats with no signs of infection can still keep passing infectious cysts.

Cats most commonly showing signs of infection are young cats and kittens, as their immune system is not as well developed. Cats from multi-cat householdsare also more at risk.

Signs of a giardia infection include:

However, signs are not diagnostic, and can range in severity.

If your cat is experiencing any of these signs then make an appointment with your local Vets4Pets vet.

You can’t stop your cat being exposed to giardia, but there are some top tips to reduce the risk of giardia:

If you think your cat might have a giardia infection, the best thing to do is to go to your vet. They can do a full physical examination, and check your cat over from nose to tail, especially as diarrhoea can have many causes!

To diagnose giardia your vet may recommend faecal tests. These will look for the giardia themselves, which are invisible to the human eye. These tests are often part of finding out why a cat has diarrhoea, and may also look for common bacteria and other parasites too. Faecal tests may have to be done over several days as giardia can be quite elusive!

If your cat does have giardia, your vet can prescribe suitable medication to treat the infection.

Giardia isn’t fussy and will infect lots of species, including humans – in fact, it is the most common intestinal parasite in humans worldwide! If your cat has giardia, make sure everyone in the family is practicing good hand hygiene, and deep-clean and disinfect any areas your cat goes to the toilet if possible.

If you think you may have been exposed to giardia, and are concerned, always contact your doctor for advice.

Read more of our expert cat advice to keep your cat happy and healthy.