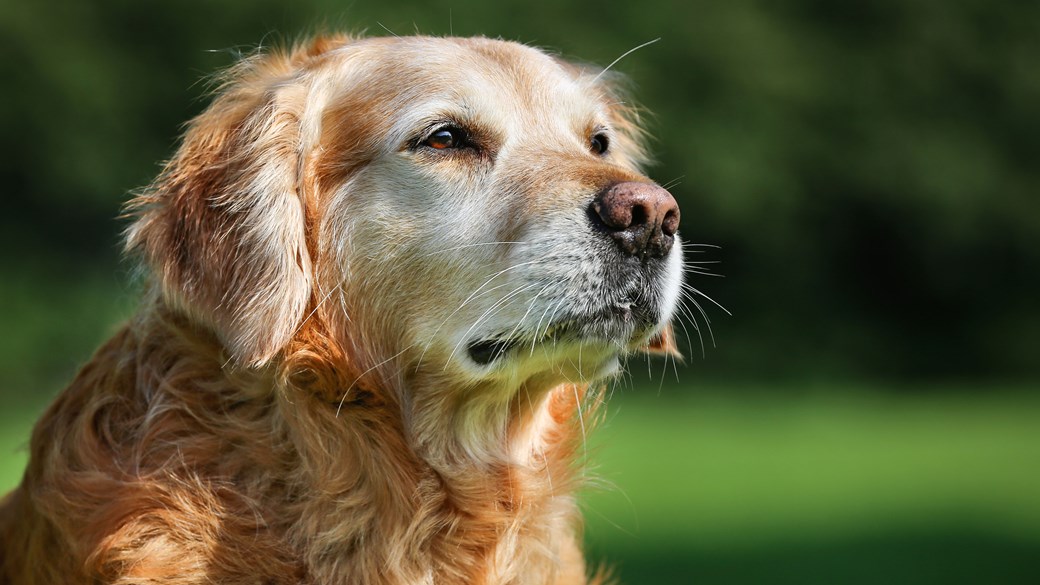 Dog warts which are also called canine papillomavirus are rough in texture. Here are the causes and how to remove dog warts.

Just like us, dogs can get lumps and bumps on their skin. Not all of these require treatment and some will even go away by themselves, but it’s wise to check your dog over using your eyes and hands, whenever you’re grooming them or simply giving them some fuss. Naturally, if you find a lump anywhere on your dog, it can be worrying, but it’s always best to let your vet know straight away.

One common type of skin lump you might find on your dog is a wart. These don’t normally cause serious problems, but let’s take a closer look at how to recognise them, what causes them and what, if anything, you should do about them.

What causes warts in dogs?

Lots of different species can catch their own, specific papilloma viruses, including humans – verrucas are warts caused by human papilloma virus (HPV). There are a number of dog papilloma viruses, or CPVs. Once a dog has recovered from a CPV, they become immune to it, but could still be susceptible to other types of CPV.

It’s normal for animals to carry viruses asymptomatically but, in young or immunocompromised dogs, for instance, those who are on medication to control allergy symptoms, warts can develop until the body generates a strong enough immune response to get rid of them.

Papilloma viruses can survive for a long time in the environment, and they gain access when skin becomes damaged, for example, by abrasions or insect bites. They can be spread by direct contact with another dog who has a wart, or when viral particles contaminate equipment like bedding or food bowls.

Symptoms of warts in dogs

Although warts can have a characteristic appearance, not all do.

They’re usually knobbly or raised and feel soft-to-firm. Dog papillomas in and around the mouth are often described as having a ‘cauliflower-like’, or ‘sea anemone’ appearance.

If you discover skin warts with your fingers, you might at first wonder whether you’ve found a tick. However, whereas ticks are normally smooth and purplish in colour, and have a narrow base where the mouthparts are buried in the skin, warts are more often pink, white or grey and have a wider base or are occasionally almost flat. Some kinds of dog warts can grow to over 2 cm in diameter.

There are certain sites where you’re more likely to find specific types of warts. Different papilloma viruses are associated with particular parts of the body and with either younger or older dogs.

In dogs under two years old, canine oral papillomas, caused by CPV-1 are commonly seen in and around the mouth and muzzle, or sometimes around the eyes or between the toes. They appear suddenly in clusters and spread quickly.

Dogs of any age can get single papillomas on the skin, the genitals and under or on the eyelids.

One type of viral wart, called cutaneous inverted papilloma (CIP), grows inwardly and is usually found on the tummy or on the feet, including the pads, which can be painful like a verruca. CIPs sometimes occur inside the ears and under the neck of predominantly young adult dogs. Occasionally, warts are also seen on the genitals.

If you discover lesions on your dog’s skin, always contact your vet, even if you’ve previously had similar-looking lumps or bumps checked. Although warts are usually harmless unless they get knocked or infected, occasionally, they can progress to a form of skin cancer called squamous cell carcinoma, which requires treatment. It isn’t possible to tell whether a dog wart has become cancerous without performing further investigations.

How are warts investigated in dogs?

If you take your dog to the vet with suspected warts, they may be confident to confirm the diagnosis based on the appearance and site of the lesions, especially if your dog is young and the warts are on their mouth area.

For any other warts, your vet may ask you to monitor them, or they may recommend investigation. The simplest way to check a wart is to use a needle and syringe to suck up cells from within it and look at them under a microscope, either at the clinic or by sending them to a specialist laboratory.

A surgical biopsy, where the removal of a dog’s wart, or part of it, is another way to find out what a lump or lesion is. This provides the most accurate information because the structure of the tissue is preserved in the sample, but it usually requires sedation or general anaesthesia to perform it.

If your vet asks you to monitor any lump or bump on your dog, take photos and measurements every two weeks, and check how the lump feels. When you take photos, make sure the lighting is good and put something else in the picture, such as a coin or the end of a tape measure, to provide an accurate scale. If you think a wart or lump is changing, or if it’s bothering your dog or getting knocked, go back to your vet so that plans can be made to investigate it.

What is the treatment for dog warts?

The good news is that, in young dogs, warts normally clear up by themselves once the immune system matures. This normally takes one to two months. If a wart is still there after three months, it should be checked by a vet and may need to be biopsied to make sure it really is just a viral papilloma. Sometimes, dogs taking immunosuppressant medication, for instance, those with allergies, may need to be given treatment for viral warts to help get rid of them.

For dogs with large numbers of warts in or around their mouth, eating and drinking can become uncomfortable. Papillomas can be frozen off or they can often be removed surgically. If papillomas become infected with bacteria from within the mouth, they can cause discomfort and bad breath and may require antibiotics.

If a dog has a wart on their eyelid, it may scratch the cornea when the dog blinks, so it won’t be possible to wait for it to resolve on its own. Also, more serious lumps that look like eyelid warts in dogs sometimes occur, so any lump on a dog’s eyelid should always be checked by a vet as soon as you notice it.

Various treatments have been tried for stubborn warts on dogs, including anti-viral medications and ‘wart vaccines’, but it’s difficult to know how successful these are, partly because warts usually disappear once the immune system overcomes them.

Most viral papillomas on dogs go away on their own, but some types carry more of a risk of turning cancerous. Digital papillomas, those on the feet caused by predominantly CPV-2, have more potential to transform and become malignant. Papilloma virus pigmented plaques, which are normally found on the tummy of miniature schnauzers and pugs, are also capable of becoming malignant. These are caused by types of virus called Chi Canine Papilloma Viruses and produce dark-coloured, scaly, raised areas that don’t tend to go away by themselves.

For this reason, it’s always advised that you get any new or unusual features on your dog’s skin checked by your vet.

Most dog warts will get better on their own, once your dog’s immune system is activated and overcomes them. Applying home remedies won’t make them go away faster and they could harm the surrounding skin. The best way to manage warts on your dog at home is to ensure they aren’t getting knocked, they aren’t bleeding or infected and, if the warts are on or around your dog’s mouth or nose, checking they aren’t interfering with eating.

Dogs of any age can get warts if they have never been infected with a dog wart virus before. As dogs age, they also become more susceptible to other types of lumps and bumps associated with the skin. Not all of these will cause problems, but you should always show your vet any new lesions or marks you find on your older dog’s skin so that they can either be monitored or investigated.

Dog warts are caused by different types of canine papilloma virus. These are all capable of causing specific types of wart on dogs’ skin, in their mouths or eyes, or on their feet or genitals. All species have their own papilloma viruses and these can’t infect other animals or humans. Canine papilloma viruses are, however, very infectious to other dogs. They are caught from direct contact with another dog who has the virus, or from viral particles in the environment, for instance on bedding, bowls or collars. To be able to infect a dog, papilloma viruses need to come into contact with damaged skin, so rubs or scratches and insect bites are thought to be common sites of entry. 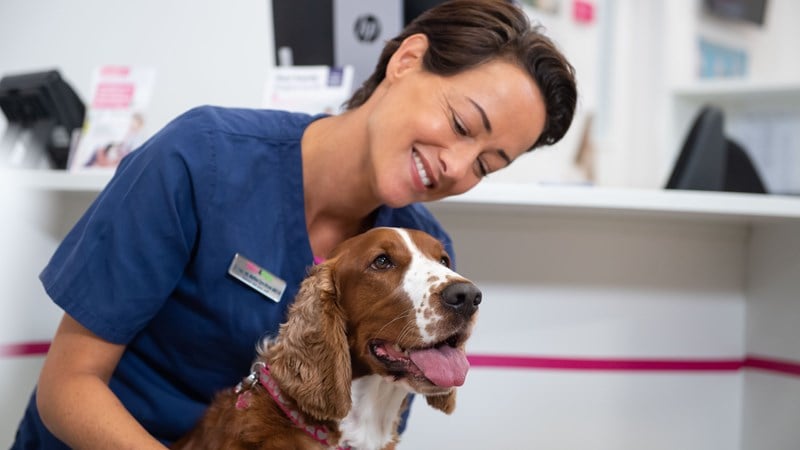 Read more of our expert dog advice to keep your dog happy and healthy.