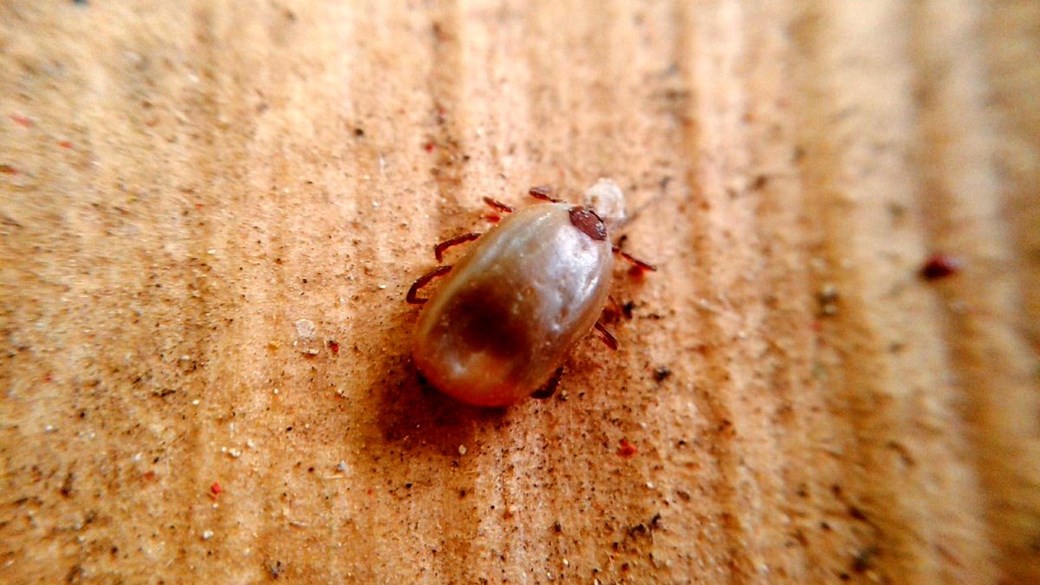 Protecting Your Dog From Ticks

Ticks are small biting parasites with powerful jaws and a big round body compared to their head.

Ticks are parasites with large jaws that attach to pets, and humans, and feed on their blood. Ticks live on grass and other plants and leap onto a host as they pass by. When they attach they are generally very small, but they grow rapidly when they latch on and start feeding. They may also change colour when feeding too, often going from brown to a pearly grey.

The most common tick in the UK is the sheep tick, or castor bean tick, and it does look like a bean when fed. Initially ticks are small, but they can become over a centimetre long if they take a full meal!

We’re seeing many more ticks than before, possibly due to the warm, wet winters now common in the UK. In Great Britain, the distribution of ticks is estimated to have expanded by 17% in the last decade alone, and the number of ticks has increased in some studied locations by as much as 73%.

Although tick bites can be uncomfortable, especially if ticks are not removed properly and infections develop, it is the diseases carried and transmitted by ticks that pose the largest threat to our pets – which can be life threatening in some cases.

The best way to check if your dog has ticks is to give them a close examination, looking and feeling for any unusual lumps and bumps. Around the head, neck and ears are common ‘hot spots’ for ticks, so here is a good place to start, but as ticks can attach anywhere on the body a full search is important.

Any lumps should be thoroughly inspected – ticks can be identified by the small legs at the level of the skin. If you aren’t sure, your vet can help you – any new lumps should always be checked by a vet anyway, so don’t be shy asking for advice if you need it.

You may see swelling around the tick, but often the skin around looks normal. If you do find a tick, don’t be tempted to just pull it off. Tick mouthpieces are buried in the skin, and pulling off a tick can leave these parts within the skin surface, leading to infections.

If you do find a tick, don’t be tempted to just pull it off, burn it or cut it. Tick mouthpieces are buried in the skin, and incorrectly removing a tick can leave these parts within the skin surface, leading to infections.  It is also important not to squash the body of the tick while it is still attached.

The best way to remove a tick is with a special tool called a tick hook – these are very inexpensive and can be an invaluable piece of kit. These have a hook or scoop with a narrow slot in which traps the tick’s mouthpiece.

Always consider the risk of ticks when travelling, and if you do not have up-to-date tick protection for your dog, speak to your vet about getting some before travelling to high-risk areas.

After walks, always check your dog thoroughly for ticks and make sure to remove them safely – ask your vet for help if you are unsure.

Tick medicine for dogs: Seasonal tick protection comes as standard as part of our Complete Care plan for dogs.

There are around 900 tick species worldwide, but the majority of ticks that affect our dogs here in the UK come from two species. Between them these make up 98% of the ticks found on dogs in Great Britain:

The remaining 2% of ticks are mostly from four other species:

As international pet travel increases, and the weather warms on average, it is likely we will see tick populations continue to rise, and perhaps start seeing these more exotic tick species more frequently. All ticks pose risk to your dog, and should always be removed safely.

The ticks themselves can cause allergic reactions or can cause infections at the site of the bite if they are removed improperly. Lots of ticks can also lead to anaemia.

The major risk of ticks, however, is in the transmission of infectious diseases. These include:

This is the main risk from the tick bites in the UK, for dogs as well as for humans – in a study 2.4% of ticks found on UK dogs were carrying Lyme disease. The clinical signs include recurrent lameness, lethargy and fever, but not the classic ‘bullseye’ skin lesion seen in people. If left untreated Lyme disease can also lead to more serious conditions such as kidney disease and heart failure. Rapid removal of attached ticks will help limit the spread – most ticks have to attach for more than 24 hours to transmit Lyme disease.

Usually seen in dogs returning from Europe, Babesia has now been diagnosed in some UK dogs that have not travelled. Babesiosis is caused by a tiny parasite (known as a protozoa) which lives inside red blood cells. Lethargy and anaemia are common signs, and affected dogs may die. These clinical signs are also associated with many other conditions, so as babesiosis is rare it may be difficult to diagnose quickly. Rapid removal of attached ticks will help limit the risk of babesiosis – most ticks have to attach for more than 24 hours to transmit the disease.

Anaplasmosis is caused by a bacterium called Anaplasma phagocyophilum. The disease also affects cattle, sheep and horses, but in dogs, anaplasmosis leads to fever, anorexia, joint pain and swelling. Occasionally, neurological signs may be seen.

Ehrlichiosis is a bacterial infection that affects the white blood cells. It is rare in the UK, but is common in Europe, the USA and Africa, so travelling dogs are especially at risk.

In dogs, the signs of ehrlichiosis can include fever, anorexia, weight loss, stiffness and prolonged bleeding. Dogs can appear to improve, but may harbour a chronic form of the infection without treatment.

Ticks can be found anywhere, but are typically located in long grass, rough upland and woodland areas – especially those which are damp and have high humidity. However, the spread of ticks means that they are now seen in urban areas, coastal environments and in most areas of the UK.

The south of England, being warmer, has a higher tick population than the cooler north, but the long grasses and increasing average temperature of places like the Lake District and Scotland mean that tick populations are also growing there too. Sadly, there is no ‘safe’ area from ticks in the UK.

How to stop ticks: Even if you live in a low-risk area, such as a northern, urban environment, it is important to consider ticks if your pet is likely to travel.  Dogs frequently travel around the UK, and if you are travelling to a higher risk area for ticks it is important to speak to your vet about tick protection.

Tick-bourne diseases, such as Lyme disease, may affect people too. However, they are only transmitted by tick bites and cannot be caught directly from your dog.

Finding ticks on your dog, however, means you may have also been exposed to the risk of tick bites so it is important to check yourself thoroughly for any ticks – don’t forget they may be as small as 2-3mm when they first attach!

If you do see a tick, speak to your healthcare provider. Only remove the tick if you feel comfortable doing so, but make sure to have it removed within 24 hours of being bitten to reduce the risk of disease transmission.

Any new lumps and bumps should always be checked by your doctor. A ‘bulls-eye’ red ring on the skin is also a potential symptom of Lyme disease in people and should always be reported to your local doctors’ surgery. 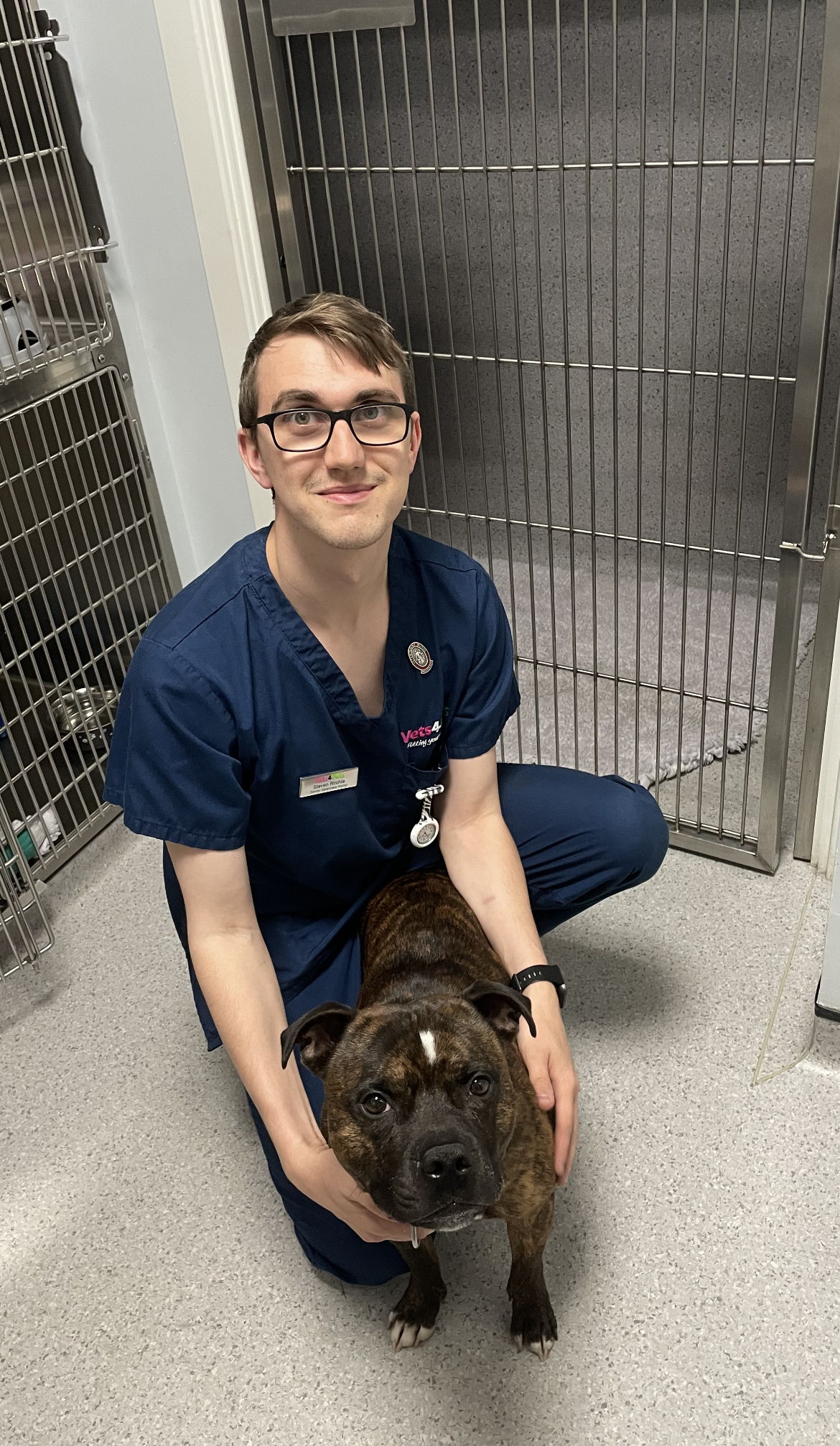 What’s the one most important thing pet owners should know and do when it comes to protecting their dogs from ticks?

"Ticks are active through the spring and summer months, sometimes even into early autumn. Throughout this period it is important to keep your pet protected from tick bites and potentially contracting Lyme's Disease, and you can do this by regularly administering one of the various tick prevention treatments.

If however you do find a tick on your pet, removing the tick is essential. Removal is best carried out with a tick removing tool, and I’d also advise to only attempt this if you're confident in doing so as the whole tick must be removed. This is a service our nurses are always happy to carry out for you if you are unsure! "

Read more of our expert dog advice to keep your dog happy and healthy.