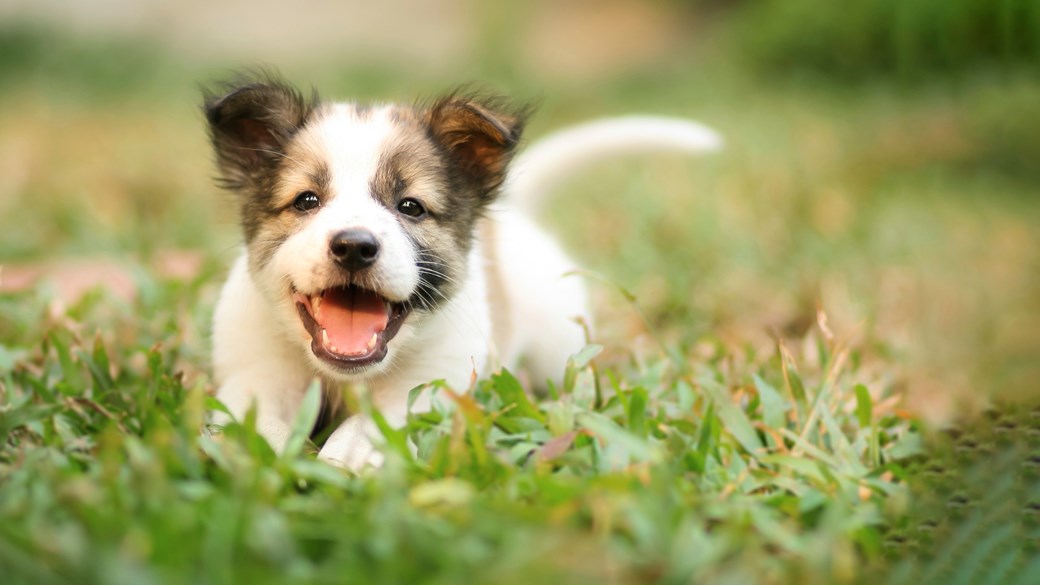 Spring is now upon us and families across the UK are ready to give their house a good clear out and enjoy more time in the garden, many with their pets.

From marbles falling out of a child’s toy box, toxic cleaning products not put back in the kitchen cupboard or sharp gardening tools left lying in the garden, pets may just see a ‘new toy’ and not a danger. Spring is a great time to give the house a clean and have a clear out, from the wardrobe to the garden shed. But pet owners need to be aware of the risks these activities can pose to their pets. No pet is immune to these dangers; cats, dogs, rabbits, guinea pigs and hamsters can all be affected.

It is always advisable to keep an eye on your pet whilst clearing out drawers, wardrobes, garages and sheds. Avoid leaving objects lying around as pets may be tempted to play with new items they see on the floor. Even the smallest and seemingly innocent household objects can cause harm. In Aberdeen the Vets4Pets practice treated a cat called Humph, who had an elastic band wrapped around his paw, after it was dropped during a house clear out. The paw was very swollen and painful, but the team carefully removed the band and Humph recovered well.
Be careful with cleaning products, paints, and solvents, as they can be toxic to pets and may result in poisoning if digested. When using any cleaning products, pets should be kept in another room away from the potentially harmful chemicals. Opening windows and doors can help disperse any fumes, but remember these can also be a danger, as cats or dogs may be tempted to jump (or could fall) through an open window.
As the nights get lighter and warmer, pet owners may want to spend their evenings completing household tasks like sewing or DIY projects. However, these tasks can bring risks to pets with them. Cats in particular, are very inquisitive creatures, and sadly this can lead to serious problems. Two cats in Maidstone and Blackpool both recently swallowed a sewing needle. Vets4Pets Maidstone had to surgically remove 12 inches of thread and a needle from the cat’s stomach, whilst Vets4Pets Blackpool eased a needle out of the cat’s throat. Owners may think that their pets will stay away from sharp objects like needles, but if the object is new and foreign to them they may be tempted to play with it and risk accidentally eating it. The safest option is to make sure that there are never any small objects on show and they should be kept somewhere safe that pets can’t get to.
Alfresco dining becomes popular as the sun comes out, however leaving food near pets could lead to potential risks, including poisoning. If any food is dropped on the ground or is left unwrapped or open within a pet’s reach, there is a very high chance they will attempt to eat it. This can lead to serious medical problems, as there are a large number of foods that are poisonous to pets. Many owners will be aware that chocolate is toxic to dogs, but may not realise sultanas are even more toxic and can cause death even in small doses. A dog in Macclesfield recently needed intensive treatment after eating sultanas, luckily the local Vets4Pets practice managed to save him and now he is recovering well. Other foods, which can be poisonous to pets, include onions, raisins, raw fish, grapes, nuts and garlic. Be careful at barbecues that you are vigilant not to let your dog or cat snaffle any bones, kebab skewers or cocktail sticks. They can all cause intestinal perforation and it's amazing what dogs can swallow, bones can also cause broken teeth.
The warmer weather and the smell of freshly cut grass and flowers blooming means spending time in the garden becomes more appealing in spring. But more time outdoors brings pets into contact with sharp tools and toxic materials. All gardening tools should be returned to the shed or garage once they have finished being used, so that a pet doesn’t accidentally injure itself on their sharp points and edges. Fertilisers, herbicides, insecticides and slug and snail pellets (metaldehyde) are very harmful to pets if accidentally consumed, and therefore should be used very carefully. Owners should adhere to the recommended waiting period before letting their pet back into the garden after using gardening products. Flowers and plants can be poisonous too. Rhododendron, azaleas, lilies, daffodils and spring bulbs are among those flowers which are most toxic to pets and should be avoided where possible.
In warmer weather families and pets are likely to spend more time playing in the garden. All children’s toys are fair game for pets, but playing with them can lead to serious issues. Simba a young kitten from Buckingham was rushed to the Vets4Pets practice after falling very ill. Unknown to his owner he had eaten a Nerf Gun dart and, while he digested most of it, the plastic top had blocked his intestine. Luckily a quick scan revealed the problem and a small operation removed the dart. Simba has now fully recovered. Children’s toys are bright and appealing to pets. Small toys such as Lego and marbles should be put away so pets aren’t tempted to eat them.