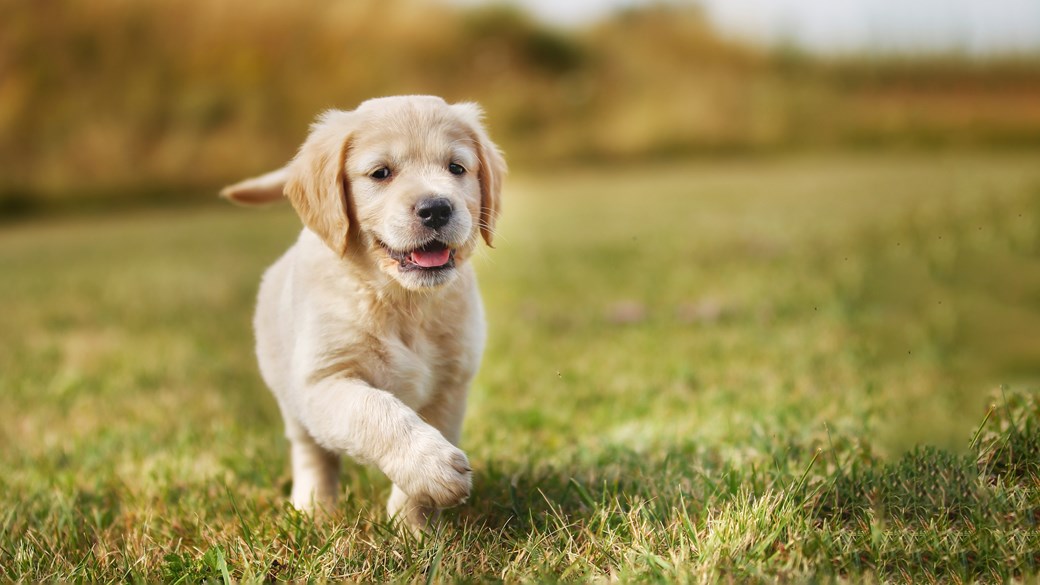 Pet Insurance For Your Puppy & Why It’s So Important

We all hope our pets are going to live long and healthy lives and only need to visit their vet for routine healthcare. The reality though, is that most pets will have to make unexpected trips to see their vet sooner or later.

Of course, there is no NHS for pets and, although veterinary care is only a fraction of the cost of the equivalent private healthcare for humans, vet fees can soon add up. Advances in the provision of veterinary care, for instance, sophisticated diagnostics such as MRIs, or development of new cancer treatments, cost literally millions of pounds to provide.

We can do things we never imagined could be possible in order to diagnose and treat poorly pets, but with these advances come higher costs. In order to meet these unexpected costs, many pet owners decide to take out pet insurance policies. According to the Association of British Insurers (ABI), in 2018, nearly 4.3 million UK pets were insured. In the same year, pet insurers paid out £785 million in claims, with the average claim amounting to almost £800.

When people think of pet insurance, they immediately think of vet fees cover, but some policies also provide cover for other situations, for example, public liability cover (if your dog were to cause an accident or injure someone), help with getting lost pets back, pet care should you need to stay in hospital, holiday cancellation cover if your pet is unwell, or the cost of replacing a lost pet.

You can think of it like this: Pet Health Plans, like Complete Care, cover all the planned, preventative healthcare needs of your dog, while pet insurance is there to cover the unforeseen events in their life.

Take a look at our range of Health Plans

Throughout a dog’s lifetime, there are times when you’re more likely to need to make a claim on your insurance, particularly for veterinary fees.

Young dogs and puppies tend to make themselves regular visitors to the vet for reasons like tummy upsets (or worse) caused by eating something they shouldn’t have; or accidents, like being trodden on, or falling from furniture.

As dogs get older, they tend to start to get conditions that require ongoing medication and monitoring, for instance, osteoarthritis, diabetes and endocrine disease (for example, Cushing’s disease, where dogs make too much of their own steroid hormone, which has effects on their entire body).

If you’re lucky enough not to have had to make claims for your dog all the way to middle age and you’re tempted to stop insuring, think carefully before you do, because this is the time you may begin to see illnesses creeping in and start to need to claim on your insurance.

Generally speaking, the more comprehensive the policy and the higher the value of the cover provided, the more you’re likely to pay for it.

When you’re comparing insurance policies, check how much the insurer pays out per policy year and also whether this is a total ceiling covering anything that may go wrong within that year, or whether it’s a limit per condition, per year.

One of the big things you might want to consider is lifetime cover. This means that if your dog develops a problem that lasts long enough to cross over into more than one policy year, they will still be covered. You’ll have to pay an excess each year, but the pot from which you can claim will be renewed each time. Policies without lifetime cover will exclude conditions after a certain period of time, starting from when they were first the subject of a claim.

It is possible to get ‘accident-only’ insurance. This is cheaper than other kinds of insurance, because it excludes illness entirely, but it does provide some peace of mind if you are working to a tight budget.

When choosing a pet insurance policy, work out what sort of cover is important to you and what sort of budget you have and then compare different policies. If you think you might struggle to afford pet insurance, then an unexpected vet bill could be even more of a challenge, so it’s worth finding a policy that would help you should the worst happen, while being within your price range.

There are different sorts of policies to suit all needs. In general, you should expect to get what you pay for. Remember that the money insurers use to pay out on claims comes from the policy payments of insured customers. If a policy starts off very cheaply, you might expect it to become more expensive as time goes on, because there needs to be money ‘in the pot’ to pay claims for ageing pets.

Most policies will require you to pay an excess if you make a claim. Excesses are usually of two kinds:

Many new policies have an initial exclusion period of around two weeks from the start of
the policy before claims for illness can be accepted, although accidents are usually covered from the beginning of the policy. This is to prevent someone from only buying an insurance policy once their pet has become unwell. This is one reason why it’s a really good idea to take up insurance as early in your puppy’s life as possible, before anything has had time to go wrong!

Similarly, with some policies, any illnesses for which a claim has been made during a policy year may be excluded from further cover once the policy year ends, whether or not they’ve reached the maximum claim limit. Sometimes, this exclusion applies for a given amount of time and with other policies, it’s a permanent exclusion.

Changing insurers can mean that your dog will suddenly be without cover for certain
conditions that have already needed treatment or that have been subject to a claim. So, if you are with an insurer and you decide you would like to change, make sure you check whether the insurer you want to move to is going to cover everything you need and not exclude the very conditions you would like covered.

Many policies exclude cover for dogs being used for breeding, so if this is in your future plans, check whether your insurance covers this.

When you set up a policy, it’s important to check whether there are particular conditions the insurers need you to meet in order to make a claim. These are usually related to preventative healthcare.

Because many of the problems that can go wrong with dogs’ teeth can be prevented by good dental care at home, many insurance policies don’t cover dental procedures and some will only cover accidental injury, for instance, fractured teeth.

If you would like your puppy’s teeth and gums to be covered by their insurance policy, make sure you choose a policy that does cover dental work and then find out what conditions have to be met in order for you to be able to claim, should the need arise.

Many insurance companies will state that they can pay the vet direct, however it is up to the individual vet practice whether they are able to offer this.

Claims cost the practice to process and some practices can only accept direct claims for invoices over a certain amount. In some cases, an insurance company will agree to look at an estimate for veterinary treatment and pre-authorise it.

This means that you and the practice already know that the claim will be settled by the insurer when it’s presented and can give you some peace of mind before the work is carried out.

What alternatives to pet insurance are there?

Dog owners are often tempted to choose an alternative to pet insurance, particularly if they have had a dog before, paid to insure them and never needed to make a large claim.

The alternative often takes the shape of either paying for treatment for accidents and illnesses as they occur, using savings, credit cards or borrowing; or putting money aside every month into a special ‘emergency fund’ for use should the dog need veterinary care. Either of these can work if there is enough money available to the owner when something does go wrong and if the dog is fortunate enough to be healthy and accident-free for most of their life.

Where this sort of approach doesn’t work so well, is when a puppy gets to one to two years old and begins to show signs of atopy – an allergic reaction to something in their
environment – that will require investigations and then a lifetime of medication.

Pet insurance is something to consider as a regular part of dog ownership. It’s an expense, just like feeding your puppy and buying them toys and bedding but, if you choose the right policy for your needs, it should provide you with peace of mind should the unexpected happen. 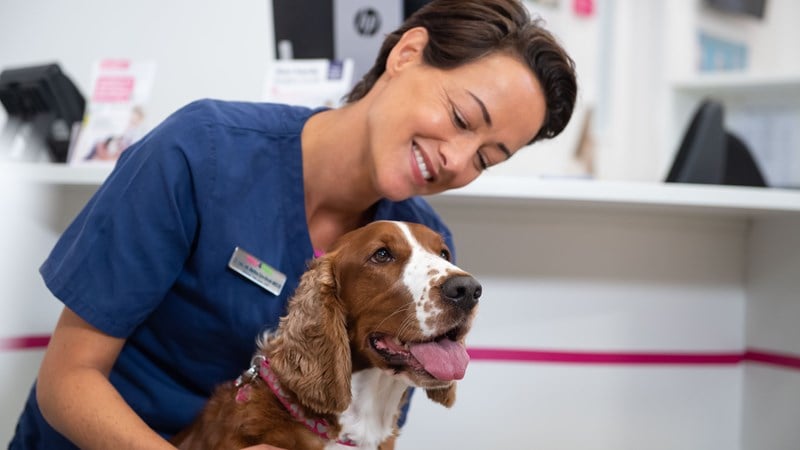 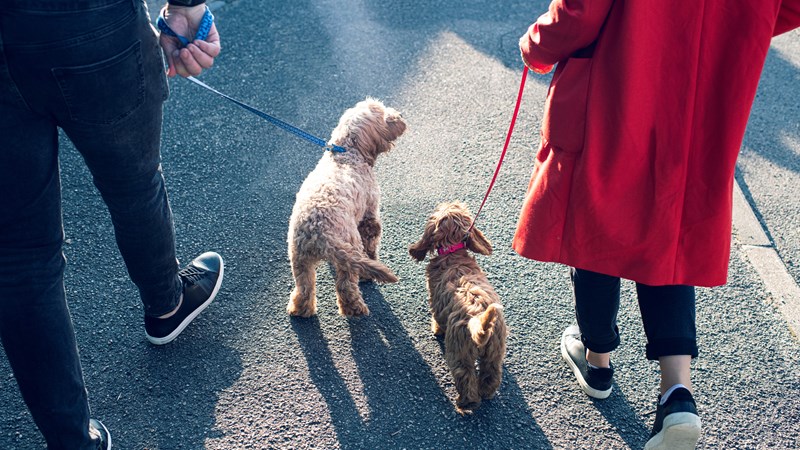